But a special thanks is due to grandadb for the preseason advice.
Liked by GrandadB, Smirt211, CooterBrown 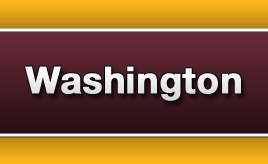 Congrats on the initial success, Bc
Liked by GrandadB, Buttcake, Smirt211

By CooterBrown
11/09/2018 1:49 am
Hey Bc, don't be discouraged. That 1st season is really about "the learning curve". Not just for your team but for you as a coach/owner. It takes time. I musta went until about that 3rd/4th season before I got a decent feel for the game and it's nuances. Gameplanning, roster moves, team building, play selection. ..Really it isn't a quick fix overnite process. So learn, read the forums, and ASK questions!
Liked by GrandadB

Your team played really well, we are just in a good groove right now. You were awesome in the 2nd half.

By GrandadB
11/11/2018 12:42 am
Another way to decrease the "learning curve" time, is to have more than one team. Unless you are really constrained on time available to play, its a good idea to have 3 teams as you then get comparative results, and 3 X the game experience. I remember thinking how do owners on here handle more than 6 teams, that seemed way out there at the time. Now I have 16 teams, which has maxed me out, lol. I will be cutting back to a much more manageable 10 teams or less. But, having more teams gives you more feedback, more opportunity to experiment, test out new ideas or ones that you find posted in the forums. I have several teams open the Major League, I admin the league and we brought it back from frozen in a hurry. One of the things I like about the league is the non-traditional team names, logos, and colors. I also offer a roster review with suggested immediate changes which you wont get from anyone else. The league also offers the benefits of being an actively managed semi-private league, where questionable trades and actions by an account can be dealt with much more quickly than in a standard public league. We have a real nice group of owners, 9 of which signed up right away on the first issue of invites. Currently the league has 10 open teams, and would like to cut that in half or less asap. We are in the 3rd week of pre-season, good time to pick up a team. Please take a look and pick up a team, you will be glad you did. https://mlf.myfootballnow.com/